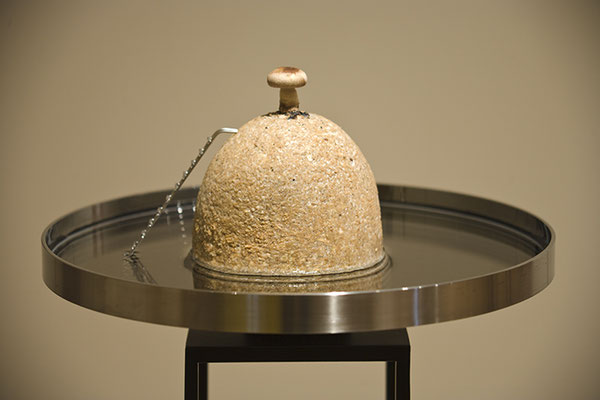 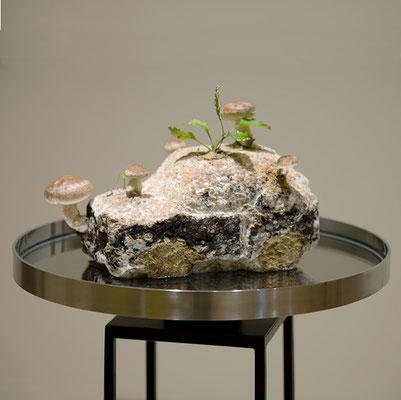 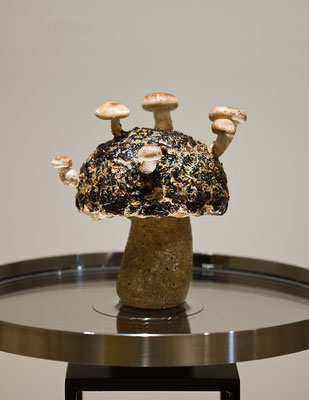 In 2009, a variety of issues with fakes and misrepresentations including food mislabeling were brought to light across Japan.
So, I felt like creating something innocuously “fake.” With “kinokonoko,” child of mushroom in Japanese, I playfully cultivated real mushrooms growing out of a mushroom bed shaped like a parent mushroom.
People, not just children but adults, asked me “Is this real too?” about the parent mushroom bed, which was an unexpected finding for me.
Did adults mistake it because they had never seen how fungi grow? Or, did the fake look too realistic?
Aside from the bigger question, this work may have given parents and children a chance to think about what is original and what is “fake.”